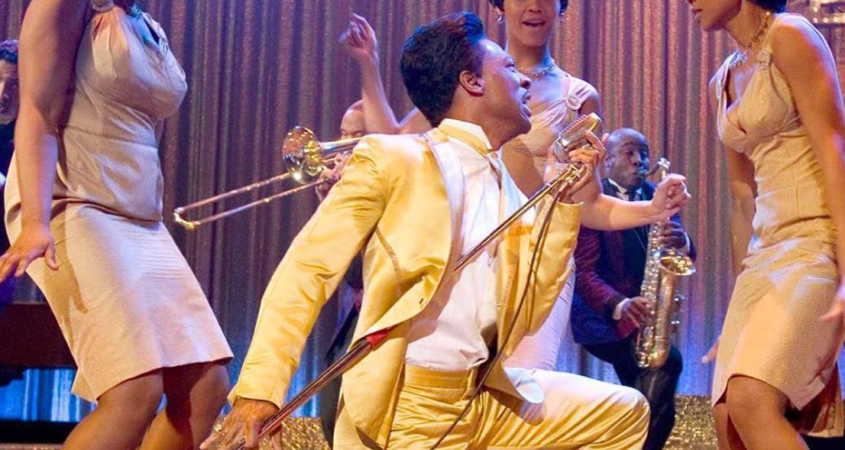 To the back drop of the iconic London skyline, on the grounds of Alexandra Palace, Block Party Cinema hosted a special event which rounded off the Great British summer we had this year. The weather held out and I joined the crowd of people eating food and ‘cutting shapes’ (as they say,) with my dance moves during the silent ‘diva disco’. It was my first time at a silent disco; a great concept because everyone around me had headphones, so I could sing out of tune freely! @pxssypalace DJ KKINBOO was on the decks and didn’t disappoint.

I’m not much of a singer but as the film screening was Dreamgirls, I owed it to myself to put my vocal cords to use and get into the Motown spirit (especially since the legend that is Aretha Franklin, passed away a few days before). As dusk fell and the film started, I sunk into one of the signature red beanbags, while others brought their own picnic blankets and travel chairs.

I had seen Dreamgirls before but the alfresco setting and classic soundtrack reminded me of why I enjoyed it in the first place, and why it was worth seeing again.Separately from this Block Party Cinema hosted, the Film Club series earlier this year. As the Film Club series 2018 has ended, it looks like the UK summer has also called it a day…so until next time!