The last film I saw at the cinema was Black Panther and before that, it was Girls Trip in July 2017! I am into films, but there just hadn’t been many that resonated enough for me to leave the confines of my house and take a trip to the cinema. Before this I went to the cinema regularly; one of my most memorable cinema experiences was when I saw Titanic, because I cried. My friends still remind of that little fact until this day!

Over time I’ve become more selective about what I watch, because I got tired of the same old faces and narratives. I wanted to see more people who looked like me and stories that I could relate to, such films were not easy to come by.

I hadn’t heard about Block Party Cinema until a few weeks ago and wanted to see their interpretation of the pop up cinematic experience. The 90s RnB chilled out vibes evoked a welcomed nostalgia and was met with contemporary beanbag seating. I was a bit apprehensive about sitting on a beanbag throughout the whole film, but to my surprise, they were comfortable and afforded lots of leg room (well enough for my legs, anyway!)

The film, A Moving Image, was about gentrification in Brixton (a subject I have touched on before). Followed by a panel discussion with Lisa Maffia (of Solid Crew and former Brixton resident), Community Leader Michael Smith and the director of the film, Shola Amoo.

I was a bit conflicted about watching a film about gentrification in Pop Brixton, which some may deem as the epitome of gentrification in the area, but I wanted to see how the film would approach the issue and the setting in POP Brixton was nice, with a bar and free popcorn.

The film touched on some interesting points, including the Reclaim Brixton protest and the protagonist who once lived in Brixton, being conflicted as to whether she was now part of the problem. The film highlighted that gentrification is a class issue and not just about race. This is true, but for a place like Brixton with such a distinctive racial heritage, if the community is depleted of African and Caribbean people regardless of socio-economic status, Brixton as we know it will be no more.

Whether good or bad, which I don’t think the film made a final decision on, gentrification has it merits and drawbacks. Maybe that was the take-home message of the film. By leaving the ending open-ended (in my opinion) provided food for thought on a complex issue affecting many parts of London. 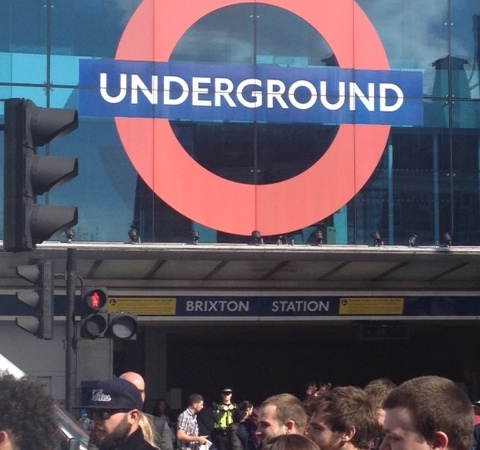 Brixton protest! The 25th April 2015 was a pleasant, sunny Saturday afternoon, with a familiar inner city backdrop of red double decker buses and high street chain stores. Brixton High Street was the stage and Reclaim Brixton protest, was the name. After weeks of warning in local press, the people took to the streets in planned protest. Angry at various aspects of gentrification, including selling of social housing land to private developers and rising rents for local independent business as demand for retail space in the area increases, the protesters made their presence known!

As I walked between two prominent landmarks, Lambeth Town Hall and McDonalds, with a couple of shopping bags in my hand, I saw the mass crowd at the junction, literally stopping traffic by walking in the middle of the road. Chanting, waving banners and blasting ‘old skool’ garage music from a ghetto blaster, they swayed along in solidarity, upset about the demise of Brixton’s heritage and culture. For a protest located in what I thought was a majority minority area; from the slide lines I noticed the sparse sprinkling of ethnic groups within the crowd.

What do you think about that?

Unofficially known as the black capital of the UK, some of Brixton’s older residents who have been allowed to come since the 1940’s have taken advantage of how much a property in Brixton can sell for and cashed in by moving out, with some emigrating back to their home countries. As usual there are always those who are left behind, the children of these immigrants and generations of white families who have also lived in the area for many years.

There has always been a fight for social housing (as in other areas of London), but now that Lambeth council is apparently selling land to private developers, there is less social housing to go around and those in the middle are being squeezed out. These ‘middle men/women/families’ have incomes which are too high for them to be entitled to social housing, but too low for them to afford renting privately or get a mortgage. Time (and money) waits for no man; as the big chains such as Starbucks, Wahaca and Costa move in (and pay high rents), landlords see pound signs and of course what to increase rents for existing businesses (apparently triple rent increases are due to be enforced). If you are a global company such as Starbucks, paying high price for a place on one of London’s ‘up and coming’ high streets isn’t going to cripple you, but if you are an independent business it could push you to the brink of extinction.

“Change is the only constant in life” and whether we like it or not, Brixton is moving in a different direction. Over £250 million is to be invested in Brixton ‘Town Centre’ including, ‘Pop Brixton’ a new community campus for small local businesses and community organisations. With a similar blueprint to Boxpark in Shoreditch, Pop Brixton will be created from low-cost, shipping containers, and there have been promises that the rents will be ‘affordable’. Pop Brixton will have its grand opening on the 22nd May 2015.

I’m sure every Brixton resident wants to see the area improve but not at the expense of the African-Caribbean culture and history, which has made Brixton one of the most famous areas in London.

Can gentrification and the African-Caribbean culture co-exist?

Always from a colourful perspective. 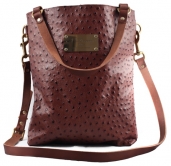 July has been a pretty good month so far, for those who know me there is always one obvious reason. This month has also seen the start of an actual British summer! The second weekend of the month has been the hottest of the year. When the sun comes out,  like most people I have a little more of a bounce in my step and raid my wardrobe for the hidden gems neglected during the dreary winter months. I’m not really an accessories type of girl, but I do make exceptions! Bright like the summer’s day my handmade N’damus bag was catching the eye of passers-by as I strolled up Brixton Hill against a slight cool breeze, to the Urban Art Fair. I had no idea what to expect at the alfresco Urban Art Fair as it was the first time I attended, but I didn’t expect to bump into Brixton’s finest bag designer, N’dmaus’ Nneka, while wearing one of her creations and I wasn’t the only one! It’s nice that Brixton supports local talent, which stretches far beyond its own borders and even into the glossy pages of Vogue Magazine UK (August 2013 edition, out now)!

END_OF_DOCUMENT_TOKEN_TO_BE_REPLACED

The only constant in life is change (paraphrased) – Heraclitus, Greek philosopher

The aftermath of World War II was a catalyst bringing citizens of Jamaica to England on 21st June 1948. The image they were given before arrival was very different to what they encountered. Experiencing discrimination from indigenous English people, tempers often flared over access to housing. Economic and social exclusion caused these immigrants from the sunny island to create their own institutions, such as the financial ‘pardner’ system. They were given temporary accommodation in an air raid shelter in Clapham, South West London; the closest labour markets were in nearby Brixton and the rest is history as they say; Brixton became one of the UK’s first Caribbean settlements.